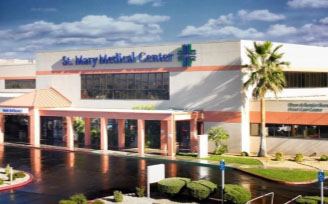 This Medical Center consists of 18 buildings centered around a 383 bed main hospital building situated on 82 acres of land in West Palm Beach.  The oldest buildings on the site date back to the 1930’s. Engenuity Group has provided surveying and engineering services for two projects aimed at expanding facilities and improving the aging site: MR/CT Building Addition and Waste Storage Improvements.

The MR/CT Building Addition project is a 4,400 square foot addition to the main hospital building.  Engenuity Group supported the architect-led design team by performing the topographic survey of the site and preparing construction plans for the site work including paving, grading, drainage, wastewater service and utility coordination.  The project is unique because the building addition is located on a natural sandy ridge with elevations nearly 40 feet above sea level, which is well above most of West Palm Beach.  The site work involves excavating into the side of the ridge and re-sloping the ridge to direct storm water runoff away from and around the project.  The design was completed in October 2010.

The Waste Storage Improvements project provides permanent, secure, and uniformly aesthetic improvements to five areas on the 82 acre site where office, food and medical waste is temporarily stored prior to pick-up.  The project aims to replace the temporary solutions randomly employed to handle the increasing waste loads as the Medical Center has grown throughout the years.  As the lead consultant, Engenuity Group performed the topographic survey of the sites and prepared construction plans for the improvements including paving, grading, drainage and minor structural work.  The design was completed in June 2010. 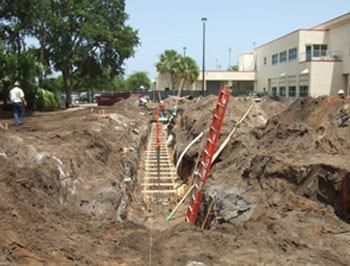 Project Description This expansion project involves removing an existing parking lot and constructing an 11,000 SF addition to the existing…

Have a question about our company, looking to collaborate or need a quote?
Contact Us
Copyright 2019 - Engenuity Group, Inc. All Rights Reserved
Back To Top